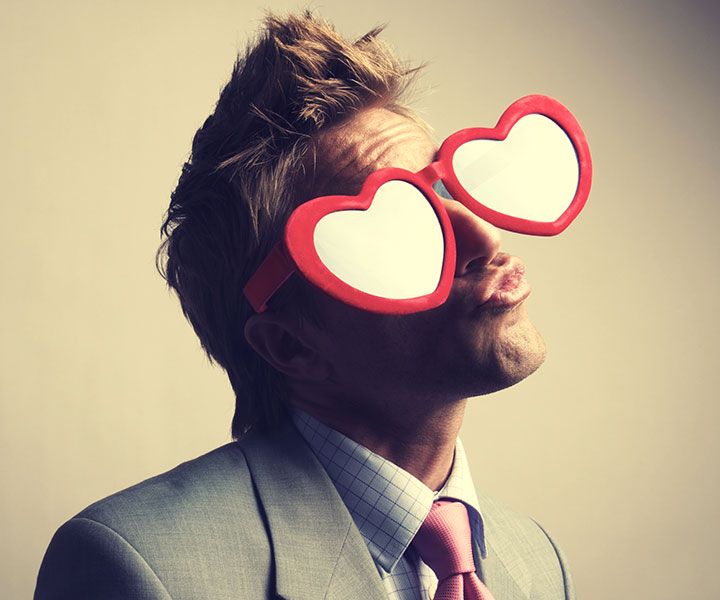 Geek, nerd, freak, goofy… Who do you think of when you hear these words?
Perhaps you picture in your mind some weird guy in button down shirt and suspenders, kind of a rocket scientist, maybe clumsy and shy. Someone you could easily imagine spending his time at the library.

Was I pretty close?
I’m not a future-teller but I bet that whoever appeared in your mind, he/she was wearing eyeglasses.
Specky and clever: that’s the perfect match!
Our brain automatically combines these two aspects, but if you’re still persuaded that being nerd is stuff for outsiders, then you should start reconsidering your opinion.
Dozens of teenage movies telling us about the payback of adorable losers, winning The Girl’s heart at their school Prom and having successful lives changed everything.
If you hadn’t noticed it yet, being school is the new cool!

Can’t you find an explanation for this new trend? Does it oppose everything you believed in?
Understanding why eyeglasses have such an influence on human beings is a topic that tickled experts and social researchers’ minds too.
- The eyes are the first thing we notice, and the facial feature we spend the most time looking at when meeting an unfamiliar person. - says Michael J. Brown, Professor of Psychology at the State University of New York. He also specified how eyeglasses are associated to certains characteristics like intelligence, honesty, industriousness and dependability.
In 2004 survey of Essilor of America stated that people tend to perceive those who wear eyeglasses as smart and sophisticated.
So, basically when we met someone for the first time we should be aware of two particular facts:
1) we will spend most of the time of that encounter in staring at his/her eyes;
2) if the person we met is wearing eyeglasses we will be probably compelled by their captivating power to consider him/her clever and attractive… Wait a minute!

Doesn’t it mean that eyewear can somehow modify not just our superficial perception but also our first impression, our opinion, even our feelings about someone?
Hopefully you will agree with us, it looks a lot like these glamourous accessories are trying to act the part of Cupid!
I suppose that everything comes easier when your place in the world is on the cheeks of a nice face, designed to surround deep glances; after all we call them “frames” because they are good in underlining our eyes as frames in a museum are good in enhancing masterpieces.
They even coined a proper term ‘Geek Chic’ to emphasize how stylish eyeglasses can bolster our natural sex appeal. Let’s see the magic happening!


It’s a bird! It’s a plane! No… That’s Henry Cavill! The most famous transformation due to specs is the one turning Superman into Clark Kent.
I know what you think: a frame isn’t enough for walking through the hall of Daily Planet without been recognized.
So, just to prove everyone was wrong about that, Henry did an experiment by standing in Time Square with a Superman t-shirt and it seems that nobody recognized him. He posted the video on Instagram with the caption - Dear Doubter, the glasses are good enough. Regards, Superman. -

Well, if he says so…

The eyeglasses he wears on the screen are a unique piece designed for him only, but it really doesn’t matter as we like very much this Cavill’s countryman version. A little less Metropolis and a little more Kansas with his Tom Ford FT 5295 glasses. 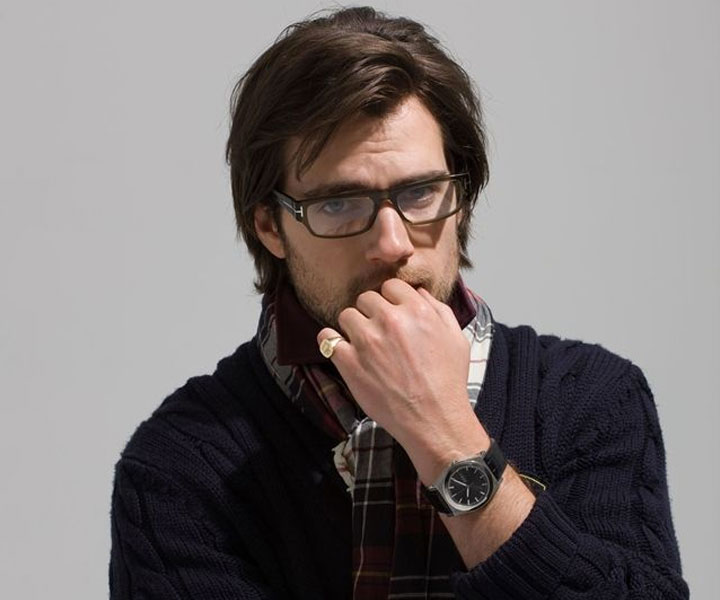 The versatile and talented Joseph Gordon-Levitt is a huge star of independent movies, able to adapt himself to the most different and intriguing roles. From the visionary masterpiece of Christopher Nolan’s Inception to the late biographical film about the life of controversial Edward Snowden, this chameleon can overturn our perception about him each time. Look at his Ray-Ban RX 5154. You know what I mean, right? 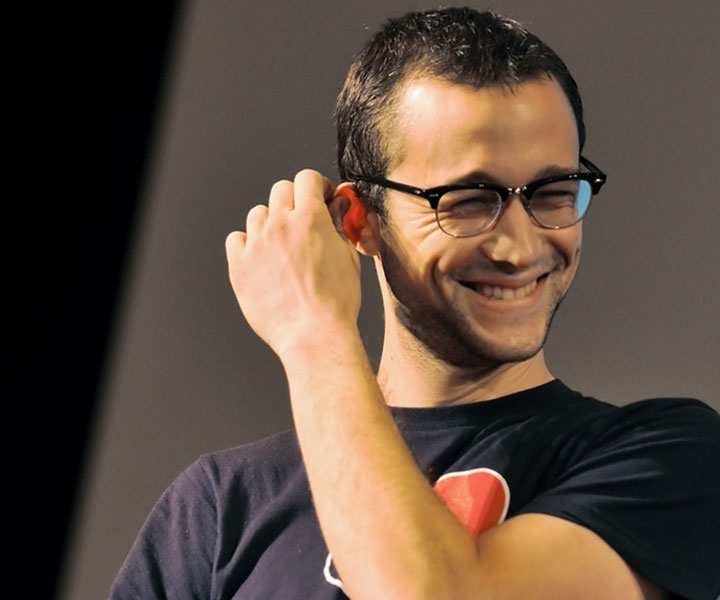 Jennifer Aniston has come a long way since she was the American Sweetheart playing in Friends and still she looks like she hasn’t been affected by the passing of ages. May it depends on fabulous Ralph Lauren RL 6062 glasses she’s wearing on? The havana acetate perfectly matches the golden tint of her hair and the word Sophisticated fits this elegant woman like no others. 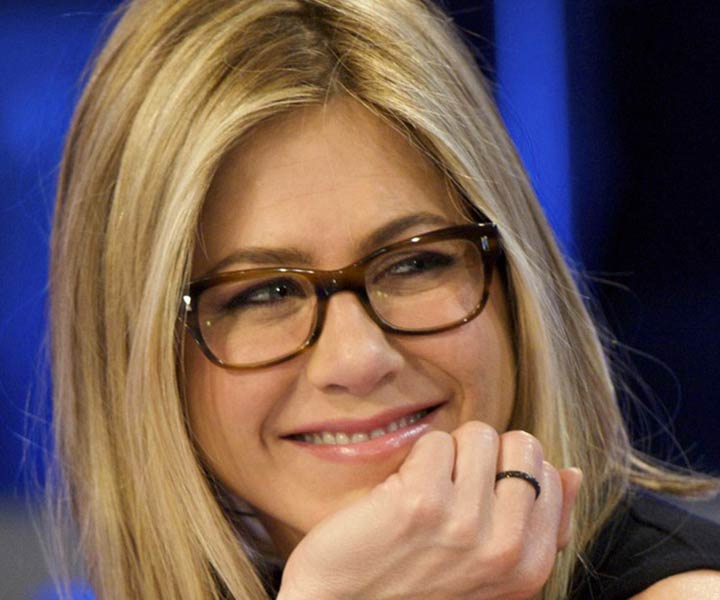 Style comes from the inside. Once you understood which is your one it won’t be easy to betray it.
Being boring won’t be an option then, don’t worry about that. You’ll grow and you’ll change, you’ll realize you are the very same person but just in a different way.
Your inner glamour won’t get older  and the result will be outstanding.
Robert Downey Jr knows it and this is why it’s so hard to see him without a pair of Oliver Peoples. He always wears them, over and over again!
Like it happened with Oliver Peoples OP-505 OV 5184.
Robert used to wear them in colour light havana in his youthness: he was the personification of the reckless rebel who seemed to coming from a vintage Bohemian wave.
Same model but different times: the black version of these glasses worn by Robert nowadays pleases our eyes with the image of a refined strong man. 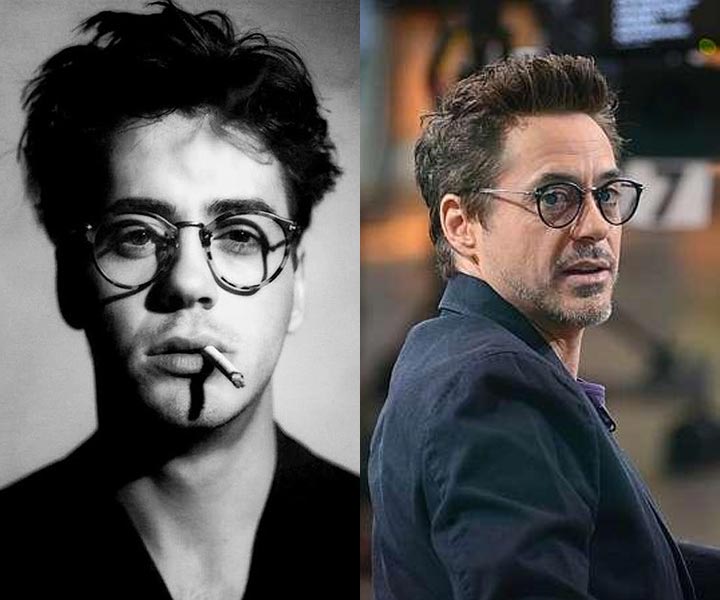 Just in case you haven’t paid attention to your calendar yet, Valentine's Day is coming in few days.
What are you waiting for? Otticanet has prepared a selection of eyeglasses you will fall in love with, and maybe… Someone else will love them too!