The most famous glasses of cinema 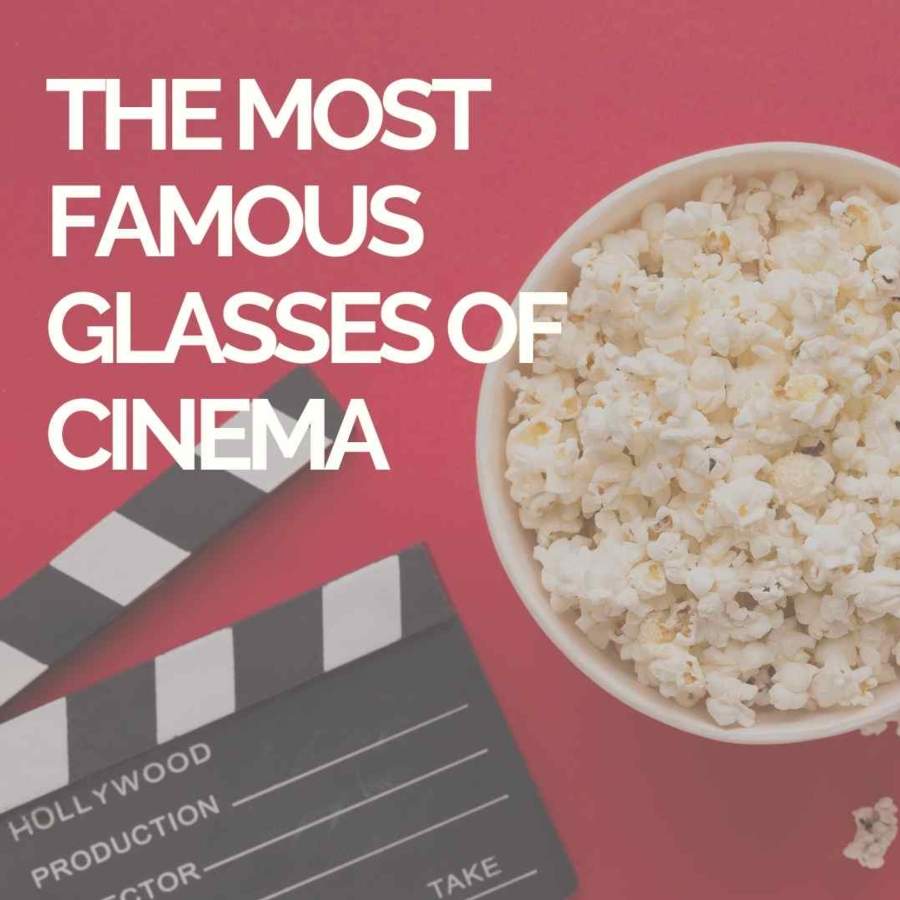 Here we are with another post, dear readers of Otticanet! As you have already read from the title, today we will talk about sunglasses and eyeglasses that have made the history of cinema.

Those glasses that have consecrated the career of stars and celebrities that we still remember and consider as irreplaceable icons!

Let's start with a super classic, Breakfast at Tiffany's. This timeless film remains one of the most famous ones in history! We see Audrey Hepburn wearing a style by Oliver Goldsmith no longer available today (unfortunately!), the Manhattan. After the release of the movie, Hollywood divas began wearing dark glasses which were not much used before, while now they are the most common lenses we can find... Just think how much influence it had! Audrey wore a black elegant cat-eye frame which fit perfectly with all the amazing clothes she wore throughout the film. 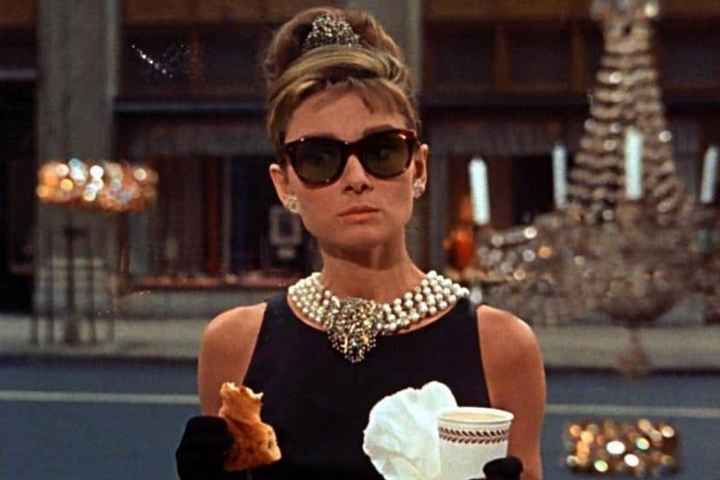 To recreate her look on our site you can find:

Now, let's shift to the most famous wizard in the world, who has enchanted us for many years with the many adventures he and his friends lived. Harry Potter is the fantasy saga that has sold the most throughout the history of cinema, and part of this success is ascribed to Daniel Radcliffe. 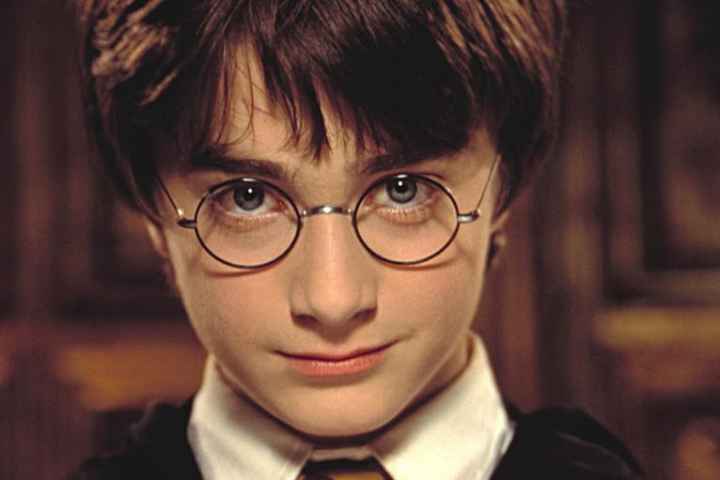 We have seen Harry and his companions grow over the years, the appearance has changed a lot of course, but one thing has never changed, his unmistakable round glasses!

The super-light frame in dark steel has brought metal glasses to the top.

For you, we have chosen those that we believe are among the most refined and elegant ones: the Dior DIOR STELLAIRE O2, l’Oliver Peoples WATTS OV 1224T e infine il Mont Blanc MB0048O.

We are talking about glasses that have created real trends after appearing on the big screen. Therefore is impossible not to mention the protagonist of Top Gun, Tom Cruise, aka Maverick. With his somewhat arrogant style and his talent as a pilot, he managed to conquer many teenagers of the time, as much as to create a real "Top Gun" style that is still very popular 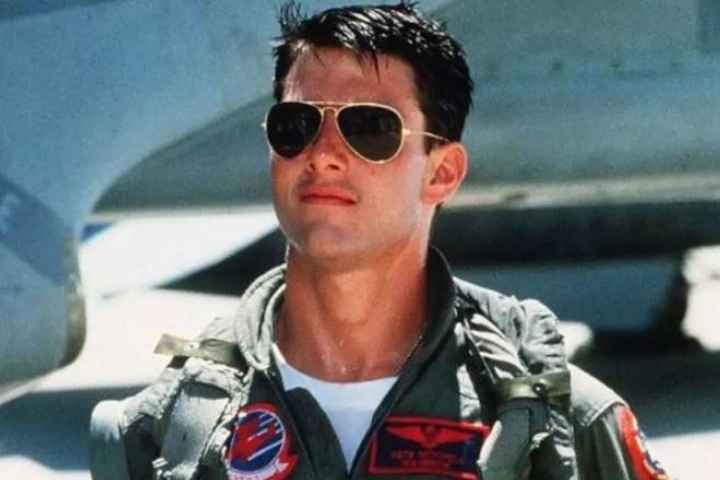 This style is composed of a leather jacket and pilot glasses in Maverick style, that is, the Ray-Ban AVIATOR LARGE METAL RB 3025,  which you can find available on Otticanet. Throughout the film Tom wears these pilot style glasses, with a very light golden frame and dark lenses.

It's up to Notting Hill now, a nice movie about the love affairs of the beautiful and young Julia Roberts, in the role of Anna Scott. Anna is a very famous american actress who enters the library of the ordinary William Thacker, that is the great Hugh Grant. From here there are several intriguing situations that will lead to the birth of a love story in which the main problem is the distance between the two for their respective conditions of star and normal person. However, in the end  this wall will be demolished and the two can finally be together as in the best fairy tales. 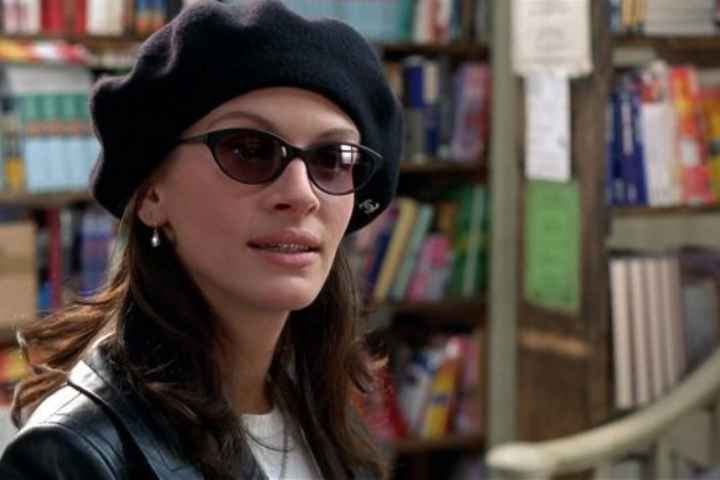 In the film we see Julia wearing this model launched in those years on the catwalks of the world, a cat-eye with a black and thin frame, with polarized lenses of a purple color.

On our site you can find these glasses to recreate their fantastic look:: Ray-Ban NINA RB 4314N, il Prada PRADA ULTRAVOX EVOLUTION PR 01VS e l’Alain Mikli LE MATIN 0A05036.

And now, the greatest cult movie of all time: the Blues Brothers! One of the best musical comedies ever, tells the story story of two ex-convicts on the road to redemption, who try to save from closure the orphanage where they grew up. With blues and jazz songs, it’s definitely a must-see! The Blues brothers have become what they are also thanks to their unmistakable black clothes and the glasses they wore, the Ray-Ban ORIGINAL WAYFARER RB 2140. The wayfarer is still the most sold sunglasses style in the world. 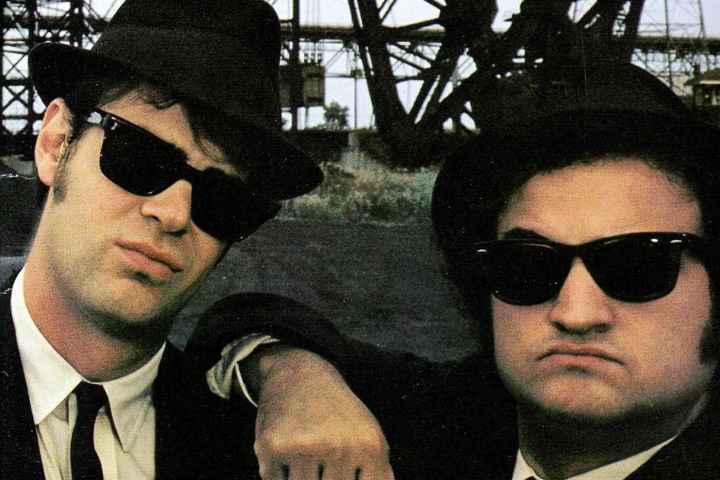 On our site you can find the iconic Ray-Ban ORIGINAL WAYFARER RB 2140 and we suggest you take a look at the Alexander McQueen AM0158S.

We have come to the end of another article, which do you think were the unforgettable glasses of the history of cinema?

If you want to explore the wide catalogue and discover all the styles of the moment, we are waiting for you on Otticanet, the largest online boutique in the world of luxury eyewear!

See you next time!

Tag: #audreyhepburn #bluesbrothers #harry-potter #wayfarer
Read all posts >
Modifica prodotto
In order to offer you the best service possible, this website uses cookies. By browsing the website you authorize their use. Learn more OK