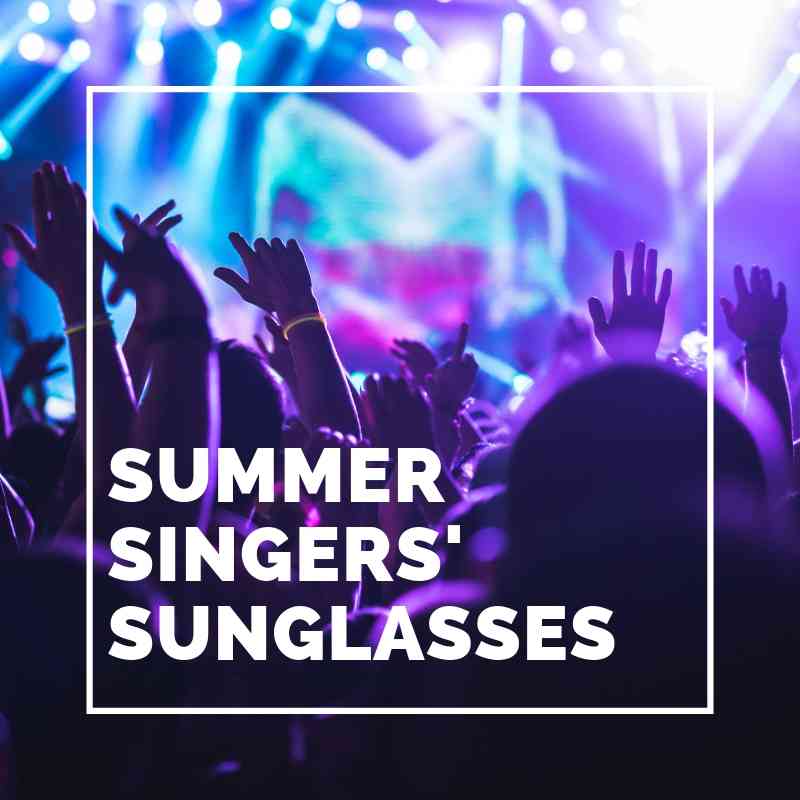 We’re already in the middle of the most awaited season of the year, and like every  summer, famous summer hits make us dance and have fun! You already know that wherever you go, whether in the mountains to enjoy some hiking outdoor under a shining sun, or to the playa, laying on a comfortable sunbed in the shade reading some magazine, one way or another, you’ll hear these songs over and over again! In the Top 50 Global chart on Spotify you can listen to the most popular and followed artists of the moment and we, at Otticanet, after a careful selection, would like to suggest some of the songs that we liked the most. We can’t get them out of our heads anymore! Our favorites are:

Now, to get into the mood of this blog, start the playlist here. You’re ready to find out which are the top sunglasses of singers of summer!
Where to start… From the first placed, of course!
Shawn Mendes here wears a pair of metal pilot sunglasses with darkened brown lenses and a light, golden frame, great for a youthful and elegant look at the same time! 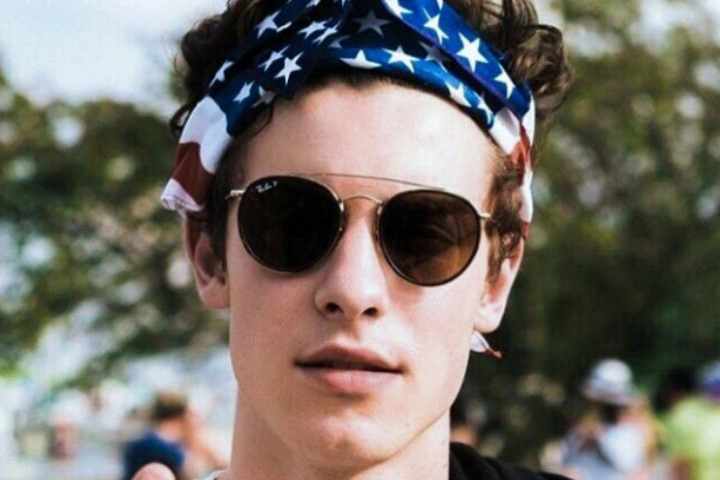 Our proposals to feel like a star are Porsche Design P'8642 and Gucci GG0137S.

Next is Shawn’s partner in his famous hit: the beautiful Camila Cabello, who is wearing cat-eye sunglasses with bold, black and studded frame accompanied by black lenses. These sunglasses give her originality and femininity. 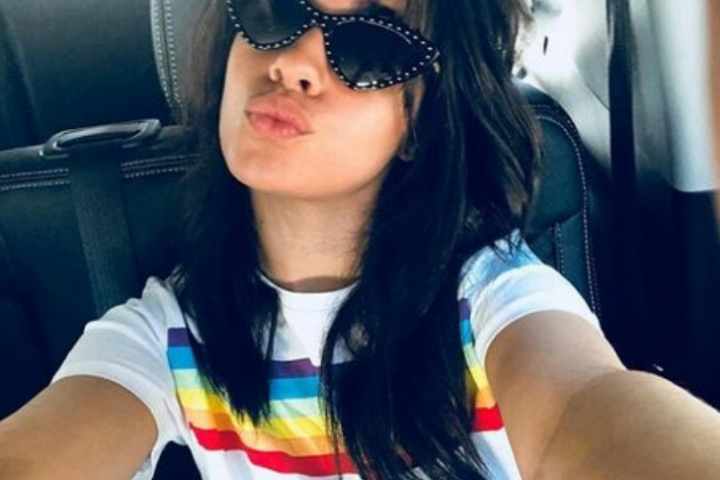 Our proposals are Burberry B Code BE 4292  and the classic Saint Laurent LILY.

The icon of the reggaeton world that all the fans of this genre have known for some years now is Maluma, a sunglasses enthusiast!
In this shot he is wearing round sunglasses with a super light frame in silver plated steel and black lenses.

This accessory always makes him very elegant and refined! 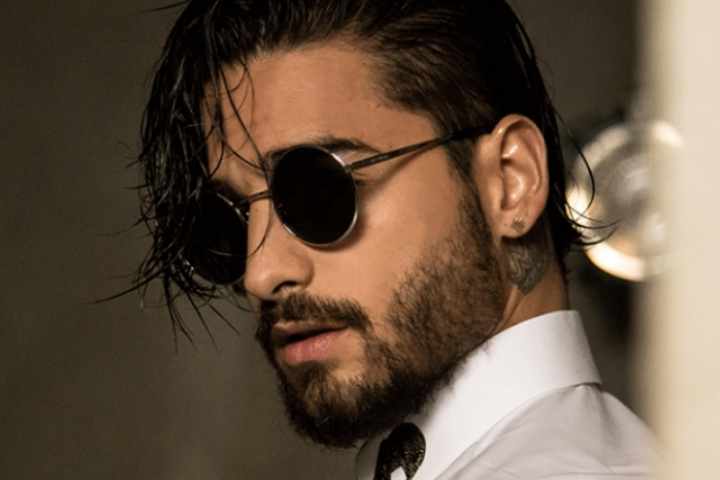 Now let’s talk about the small and radiant Ariana Grande, who is always able to put a smile on your face. Born in Boca Raton, Florida, 26/06 is her birthday,she blows out the candles right in our favorite season! A future star already as a child, at the age of 4 she appeared in her first television program and in 2010 she played in “victorious”, a program dedicated to teens that allowed her to be noticed even more. Ariana was born as an actress and then became an all-round singer in 2013, when with her first single “yours Truly” climbed the music charts.

From there on she became the Ariana that probably the whole world knows, followed on social networks both for her refined beauty and for the great vocal skills, she’s definitely one of the most prominent personality of the pop global scene.She is often portrayed with very elegant and sometimes extravagant sunglasses, but in one way or another they always fit her well.

Below we see her wearing a very cool oversized round-shaped pair of glasses with a golden frame, perfect for an everyday casual outfit.To look as cool as her we recommend Ray-Ban The Ja-jo Rb 3592 and Dolce & Gabbana Logo Plague DG 2228. 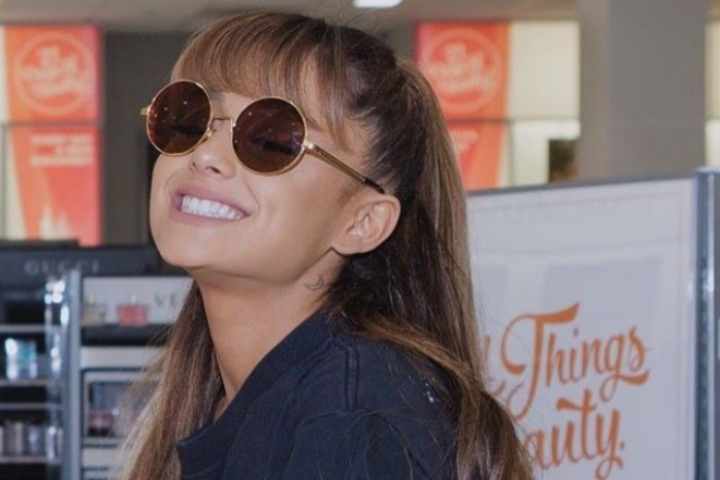 It is now the turn of the last singer on our list, namely Post Malone! We’re sure you all know him and have heard at least one of his songs.Austin Richard Post, aka Post Malone, started his career playing guitar in a heavy metal band, but at the age of 16 he decided to start producing the first beats and mixtapes, which allowed him to be noticed and have a contract.We often see Post dressed in an extravagant and odd way, but if we talk about glasses, we have to admit that the boy has got style! This year he was a testimonial for Arnette, the brand that chose to turn to street style and chose Post as its testimonial. 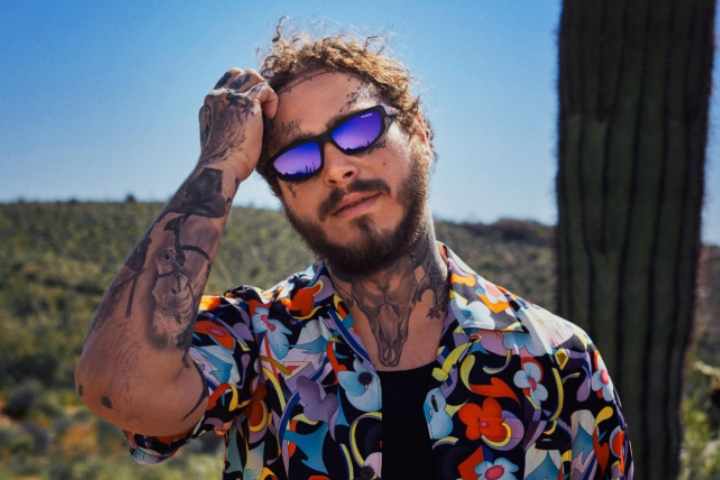 Here we can see him with Lost Boy AN 4260 model, that you’ll find underneath together with the other models of this dedicated collection.

We’re done here, now it’s up to you! Will you just listen to their songs or try to recreate the styles of these talented singers?
Remember that on Otticanet have summer sale continues and that many of the glasses that we have suggested can be bought at a special price! Find out all about it here!
See you!


Tag: ##postmalone-#shawnmendes-#camilacabello
Read all posts >
Modifica prodotto
In order to offer you the best service possible, this website uses cookies. By browsing the website you authorize their use. Learn more OK 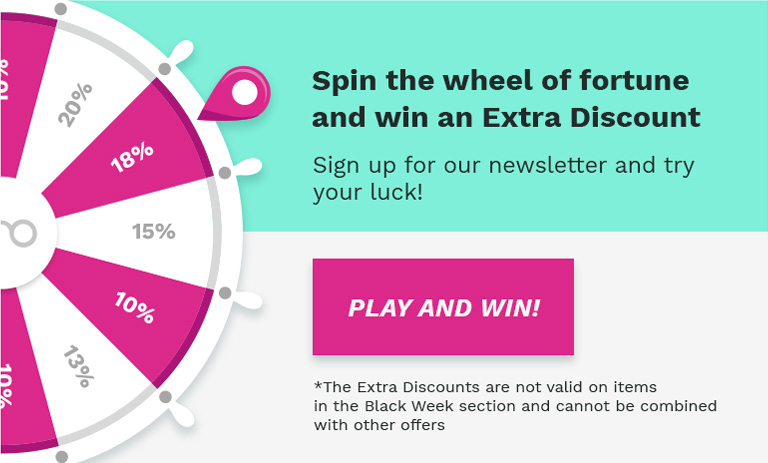